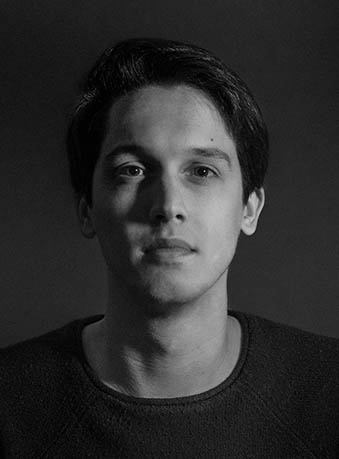 He’s a film producer, director and cinematographer. He moved to Rome at 18 and graduated in Modern Literature at Sapienza Università di Roma with a score of 110/110 cum laude with a thesis entitled “Virtual reality and image culture in the civilization of entertainment”. During the university years, he founded his publishing house and production company called Il Varco and produced 11 short films, 1 feature film and the edition of 4 books. He’s the artistic director of “Il Varco – International Short Film Festival”, one of the most important indie festivals in Italy. He also founded the monthly screening “Short Days” in Rome and the Abruzzi’s most important screening “New Abruzzi Cinema” in Pescara. His film productions  were featured in more than 100 festivals all around the world. 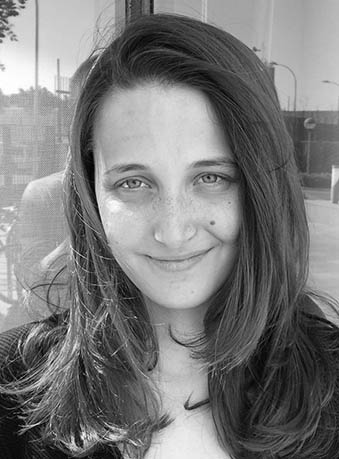 Lilian Sassanelli was born in Hamburg, Germany, in 1993. Raised in Rome, she entered the world of cinema at the age of 3 as an actress in the films “Fuori di me” by Gianni Zanasi and “Matrimoni” by Cristina Comencini. In 2006 he starred in the short film “The park of monsters” together with Rocco Papaleo. In 2013 he moved to Berlin. In Germany she did a 6-month internship in the production of the Wurste film ost as an assistant director and actress. In 2018 he made his directorial debut with the short film “IM BAREN”, which had its world premiere in the Alice in the city section at the Rome Film Festival and a finalist for the David awards. 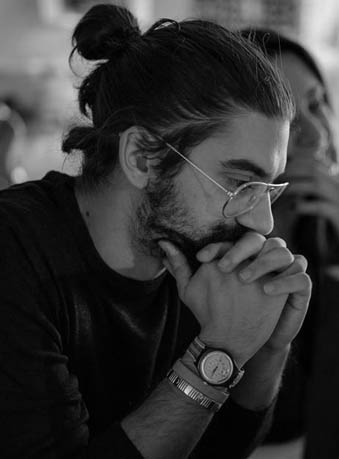 Graduated with honors in DAMS (thesis on “No country for old men” by Joel and Ethan Coen, 2007) and in show sciences and multimedia production at the University of Salerno. He attended the course of photography in 2008 at Format and in 2014 he was a pupil of G. Rights and F. Valla at the “L’Aura” film school in Ostana (CN). He is enrolled in the publicist register at the national order of journalists – Campania since 2010. Author of short films, documentaries and music videos, he studies direction at the Centro Sperimentale di Cinematografia in Rome. His short film “The Visits” was selected for the international criticism week at the 74th Venice International Film Festival. In March his first feature film “La Chimera” will be released, a documentary about the abatement of Scampia sails, produced by Anemone Film and Rai Cinema. 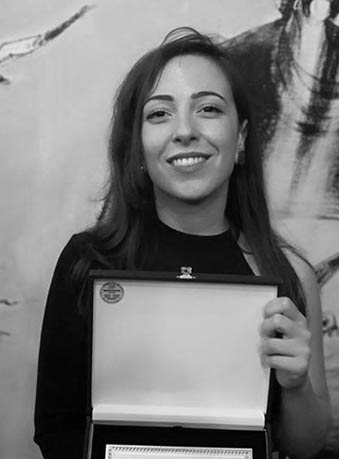 Rossella is an Italian screenwriter and director with a degree in digital filmmaking. In 2012 he founded the production company Fedra Film and directs several commercials and documentaries on prison. In 2013, under the supervision of Mirko Locatelli, he made the first short film “Sara”, followed by “Vanilla”, inserted in the Sic @ Sic section at the 31st international week of criticism in Venice. In 2018 he made the short film “Denise”, winner of the best short at the Roma Creative Contest and Aphrodite Shorts, winner of the Emidio Greco prize at the European Film Festival in Lecce, of the Young for young prize by Visioni Italiane of the Cineteca di Bologna and winner of the best direction at the Varco Film Festival. 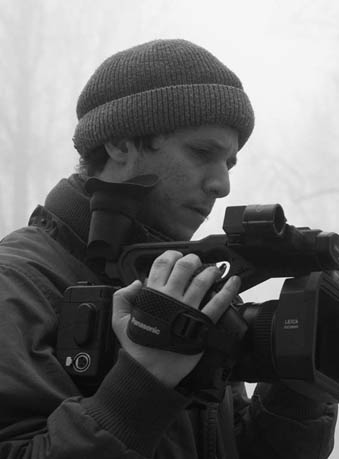 Samuele is graduated in directing and screenwriting at ACT MULTIMEDIA. He writes, directs and edits several short films, including “Danza al tramonto”, presented at the Cineambiente 2012 festival in Turin and “Matrioska”, selected at the Pesaro Film Festival 2018. In 2015 he made the feature film “I racconti dell’orso” with Olmo Amato, shown in many international festivals including Turin and Rotterdam. He also deals with film criticism for various online realities, founds the blog “Schermo bianco” and is chief editor of the cinema magazine “Point blank”. 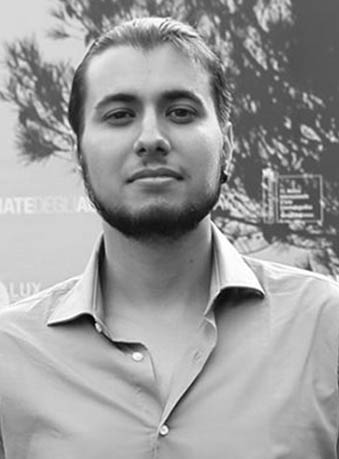 He studied at the IFA school of cinema in Pescara with which in 2014 he made his first animated short film “Too bad”. In 2014 “Too bad” becomes a 12-episode miniseries broadcast on Capital TV and repubblica.it, within the “Web night” program by Ernesto Assante and Gino Castaldo. In 2015 he wrote and directed “Bangland”, an animated film presented at the “Giornate degli autori” of the 72nd Venice Film Festival, where he was awarded the SIAE prize for the best emerging talent. In 2016/2017, together with the illustrator Roger Angeles, he made the prologue to the animated series “Adrian”, conceived, written and directed by Adriano Celentano, which aired on Canale 5. 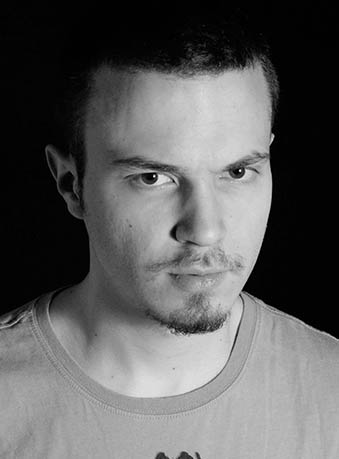 He is awarded a master of arts in film and media production (England, Sheffield) with a scholarship from the State Scholarship Foundation (2011). He has directed several short films, documentaries on national television, videoclips and commercials. He has worked as an editor and director on private television. He has completed the developement of his feature film “Minefield” with the support of the Greek film center. He is a member of the board of directors of the “Vangelis Kotronis” Foundation, which organizes the fantastic film festival in Athens, advisory board and jury member at the Cinergo International Film Festival and coordinator of filming and screenings at the cinematographic sector of the University oh Athens. Moreover, he is a student of Athens School of Fine Arts, a graduate of Athens law school and member of the Greek directors guild. 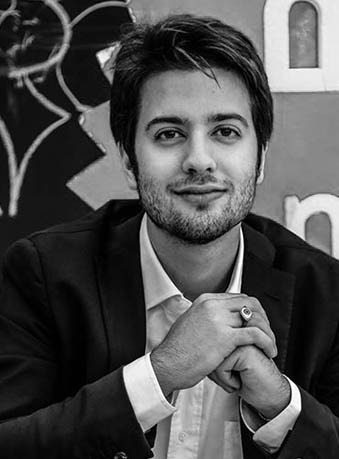 Maria Iovine was born in Caserta in 1984. She graduated from the University of Salerno with her first practical thesis on editing entitled “Obraz. Sperimentazione Audiovisiva Sul Montaggio. Per Una Rifigurazione Ejzenštejniana De Le Lacrime Amare Di Petra Von Kant Di R. W. Fassbinder” that is worthy of praise and a special mention from the Academic Commission. From the age of 23 she was assistant and collaborator of Marco Spoletini (editor of Matteo Garrone’s Gomorra), Clelio Benevento (Mia Madre by Nanni Moretti), Esmeralda Calabria (Romanzo Criminale by Michele Placido), Valentina Girodo (Il commissario Rex for Channel 5). Currently editor of cinema, TV, documentaries for the most famous Italian production houses: the documentary “Massimo, il mio cinema secondo me” by Raffaele Verzillo from Caserta on the last unpublished interview with Massimo Troisi; the film Senza Fiato with Fortunato Cerlino coming out for the next film season; Lettera al Duce by Massimo Martella and 2000km di Bellezza by Italo Moscati for Istituto Luce Cinecittà, the TV series Casa Siffredi for Mediaset and 2 mini documentaries on Bebe Vio and Gabriele Mainetti for the Untaggable series produced by Magnolia and Sky Cinema. Always engaged in issues related to the female universe, she recently won the Lazio Region’s award ‘Innovation: Female Noun’ with a video montage on the relationship between women and technology whose title is Favole being updated. She also made a video on violence against women and conscientious objection. 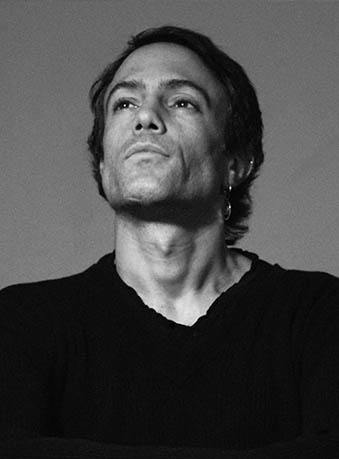 Born in Florence in 1984, he studied at the Holden school. In 2011 he was selected at the NCN LAB of La Casa Del Cinema and received a special mention for the screenplay for “A vuoto”. In 2012 he won the 48 hours Rome film festival with “Abbiamo avuto tutta la notte” and represents Italy in Los Angeles. In 2014 with “Piume” he won the Amnesty International Award at the Giffoni Film Festival and was also included in the Young Italian Authors review at the Venice Film Festival. In 2015 with “A Vuoto” he entered the top five at the Globo d’oro and returned to Young Italian Authors. In 2017 with “Esseri di stelle”, produced by Rai Cinema, it is in competition at the Giffoni Film Festival and again to Young Italian Authors. With “Mostri” he is in the fifties at the David di Donatello and receives the qualification of arthouse films from the MIBAC. His first feature film “Sex Cowboys” is the best Italian film at the Rome Independent Film Festival and is also distributed in Germany, the United Kingdom, Australia, South Korea and Taiwan. 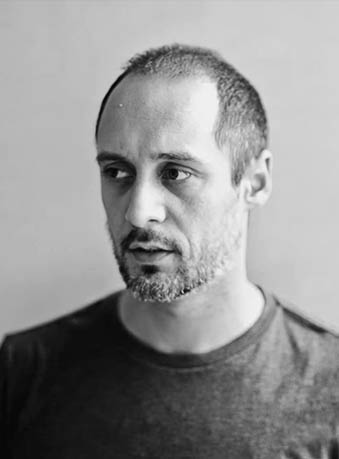 Daniele graduated as an actor in 2008 at the Silvia D’Amico National Academy of Dramatic Art. Still student, in 2009, he played the role of Romeo in Giovanni Greco’s show “Street Romeo and Juliet” which debuted at the Strabenkinder Festival in Berlin. He made his cinema debut in 2016 as the protagonist in the film “Orecchie” by Alessandro Aronadio, where he won the Nuovoimaie talent award for best new Italian actor. At the cinema he works with Matteo Botrugno and Daniele Coluccini (Il Contagio, 2017), Duccio Chiarini (L’ospite, 2018). On TV he works with Mattia La Torre (La linea verticale, 2017), Michele Alhaique (Mario Francese, 2017), Eros Pulielli (Il bello delle donne – Alcuni anni dopo, 2016) Renato De Maria (Il segreto dell’acqua, 2011) and Stefano Vicario (Bruno e i suoi, 2009).